The holiday season is the perfect time to enjoy a delicious homemade plum cake recipe. Plum cakes are a beloved Christmas tradition, and this recipe will help you create a delicious and festive cake that everyone can enjoy.

This special cake, also known as a Christmas cake or a fruit cake, is a delicious treat that can bring joy to any gathering.

Whether you prefer a traditional recipe or a modern twist on the classic, a plum cake is the perfect way to make this holiday season extra special. With just a few simple ingredients and a little bit of time, you can create a sweet, flavorful, and festive cake that will have everyone asking for more!

With Christmas fast approaching, we are always on the lookout for a suitable and easy recipe for plum cake.

So, this holiday season, Dunkel braun brings you an easy-to-follow recipe for Christmas plum cake, so gather all the ingredients for plum cake recipe and we’ll guide you through. 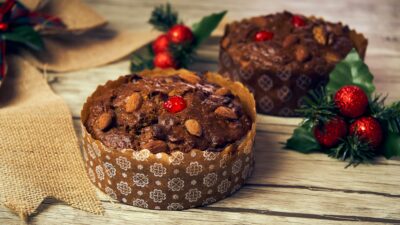 Plum cake is a delicious and easy-to-make dessert that is perfect for any occasion. It is made with a simple cake batter that is studded with juicy, sweet plums. The combination of the moist, tender cake and the juicy fruit is truly divine, making plum cake a treat that is sure to please everyone.

Whether you’re hosting a dinner party, looking for a sweet treat to bring to a potluck, or simply want to enjoy something delicious on a quiet evening at home, plum cake is the perfect choice. The ingredients for plum cake are easy to gather up and as you do just follow this plum cake recipe and make your own. It is sure to become a new favorite in your recipe collection. 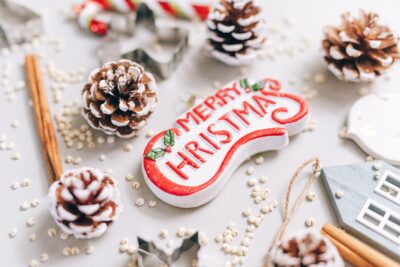 But we understand that, as much as you enjoy baking and making everything on your Christmas party list perfect, it’s not always possible to complete everything all at once. For this reason Dunkel braun has the best Plum Cake for Christmas in their online and offline store.

Each year, the party hassle and long list of gifts pile up, so Dunkel braun has brought you a store of Christmas gifts that you can check out and even buy for yourself some this holiday season.

The holiday season has arrived in Kolkata, and Dunkel braun’s skilled chefs have created a traditional plum cake for Christmas. This Christmas, take advantage of the convenience of ordering plum cake online and give them a tasty treat.

Nothing can be confirmed about the origin history of the plum cake recipe, but Christmas pudding was a tradition in medieval England. Puddings have been served during the Christmas season since medieval England, when people abstained from meat, dairy, and sweets. This was called Advent.

Cakes grew all through the 16th century, with a gradual shift from oats to flour as the major base. At the same time, sugar was added to cakes, courtesy of colonization. Other ingredients have also been commonly added to cakes, such as milk, candied fruits, spices, and nuts. Plum puddings are still baked today, and they differ slightly from fruitcakes or Christmas cakes.

The plum cake recipe is said to have originated in England during the 18th century, when Christmas cakes were cooked in preparation for the 12th night celebrations on January 5th. 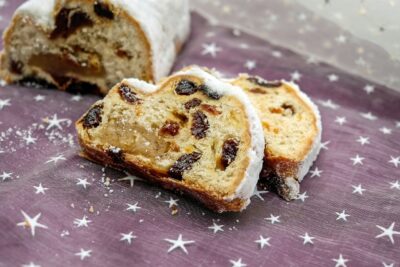 When Queen Victoria prohibited 12th night celebrations, confectioners began selling their cakes on Christmas day after frosting them. Around this period, Victorian cooks covered their cakes with marzipan and royal icing to show off their richness and splendor, which eventually became popular in modern times.

Today, plum cake is enjoyed year-round and is often made with fresh or frozen fruit. It can be served plain or with a variety of toppings, such as whipped cream, ice cream, or frosting.

There are different variations of Christmas cakes that are popular you can find out more about them and their recipes from our blog – Christmas Cakes Recipe: 5 Festive Cakes From Around the World

Plum cake, also known as fruitcake, is a type of cake that is made with dried or candied fruit, nuts, and spices, and often soaked in liquor. It is a popular dessert in many countries around the world, including India.

The first plum cake is thought to have been prepared in 1883, when an English planter returned from England with a rich plum cake and ordered a local baker, Mambally Bapu, to prepare something similar. Bapu used a cashew apple and kadalipazham toddy instead of yeast.

The colonial commanders had a difficult time reproducing these cakes since obtaining quality flour and yeast (baking powder had not yet been produced) was difficult. Also, because we didn’t have a baking tradition, cooks had to create their ovens by laying baking tins over hot sand and placing flaming charcoal over the baking tins. 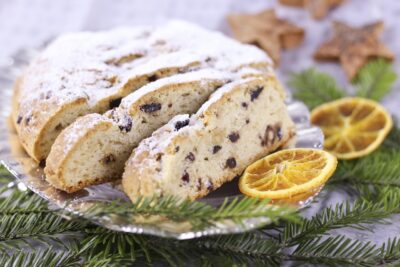 The recipe was changed and adjusted throughout time in many places, with different components utilized based on local traditions and tastes.

In India, plum cake was introduced by the British during the colonial era. It became popular in the country as a festive dessert during the Christmas season, and is still enjoyed by many people in India today.

The plum cake recipe in India typically includes a mixture of dried fruit, such as raisins, currants, and candied peel, as well as nuts like almonds and pistachios. Some of the key plum cake ingredients are cinnamon, nutmeg, and allspice, and they may be steeped in brandy or rum before baking. The cake is typically baked in a loaf or bundt pan and is served sliced and topped with icing or glaze.

Q. What is so special about plum cake?

A. Plum cake refers to a variety of cakes prepared using dried fruits such as currants, raisins, sultanas, or prunes, as well as fresh fruits. There are several plum cakes and puddings to choose from.

Q. Is plum cake made of plum?

A. Plum cake is a type of dessert prepared with fruits and dried fruits. Although this cake does not contain plum, the fruit, as the name implies, refers to prunes or raisins.

Q. Why alcohol is used in plum cake?

A. Before baking Plum Cake, most of the fruits and nuts are soaked 2-3 months in alcohol. Alcohol is key to the flavor, texture and preserving for this cake.

Q. What kind of alcohol is best for fruit cake?

A. You can use rum, brandy or whisky for spice, or if you like citrus flavors, try an orange liqueur.

Christmas Cakes Recipe: 5 Festive Cakes From Around the World