Among the various Turkish sweets Baklava is one such dessert that is ruling the world with its deliciousness and scrumptious taste.

With time and moving forward in history, the dessert has transformed into different versions and in various different countries, the recipes have evolved over time, and now in modern times, we have so many delectable versions of the Turkish sweets baklava.

When it comes to tracing the history of Turkish Baklava, there has been no clear-documented Turkish Baklava recipe, which has caused considerable debate among various countries.

For centuries, different ethnic groups from the Middle East, Greeks, and the obvious Turks have claimed the baklava sweet as their own, presenting their own versions of the dessert. The most famous version, or rather, the most basic version of the Turkish Baklava came from the Ottoman Empire. 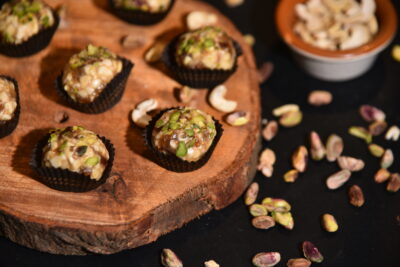 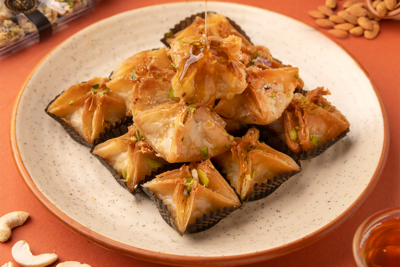 The story of the origins of the Turkish sweets baklava begins in the kitchens of the Topkapı Palace of the Ottoman Empire in the 15th century after the conquest of Constantinople (modern day Istanbul). The mention of the baklava sweet comes from the kitchen reports of 1473.

There was a reference to the sweet resembling Turkish baklava among the Assyrians in the 8th century. The Assyrians prepared something that was made by stacking unleveled bread over finely chopped nuts, drenched in honey, and then baking it in a primitive wood-burning oven.

The Turkish baklava recipe that forms the basis of the different versions of baklava sweets in the world comes from the Topkapı Palace kitchens, and for five hundred years, the Imperial Palace became the baklava hub of the Ottoman Empire.

And along the various geographical changes and transition of history the turkish baklava recipe kept changing which is why countries of the regions of  Middle East, Eastern Mediterranean, Balkans, and Caucasia like the Turks, Arabs, Jews, Greeks, Armenians, Bulgarians, etc., claim the baklava sweet as their national entity, as they all were part of the Ottoman Empire previously.

Though in today’s time, it is considered that baklava from Turkey is the best among all. That is not the case, as you can find different versions of baklava in different regions.

What is Baklava Sweet?

From the Imperial Palace documents of the Ottoman Empire, the baklava sweet is considered to require excellent skills to turn a simple pastry into a delectable dessert that can please noblemen, dignitaries, and rich men.

Until the 19th century, the Turkish sweets baklava was only a dessert that the rich people enjoyed, made on the occasion of marriage or festivals and considered a luxury food item.

As the question of what is baklava sweet comes it can be explained as a traditional pastry dessert made out of the phyllo sheets that are layered up with chopped nuts and brushed with butter and after baking is dipped in a honey syrup, delivering the dessert with a rich taste and flaky texture.

There are different kinds of fillings that are in use, but the most common is baklava with pistachio nuts. Other fillings that are quite popular are walnuts, hazelnuts, or even a combination of all these nuts.

There is also baklava that comes with cream fillings and even ones that are made with milk. It can be cut into different shapes and rolled.

Until today, the Turkish sweets baklava was something that had this famous saying, “I am not rich enough to eat baklava every day.” The dessert is associated with festivals and special occasions and specifically with riches, although times have changed and now a box of baklava is only a click away.

You can easily find stores that sell baklava by searching for “baklava near me” and order baklawa online from any part of the world, be it for corporate gifting ideas or any family occasion.

No matter where you go in the world, people love desserts! Which is why, though baklava arabic sweet, it is related to the Turks and has become popular internationally. Though there has been different country and cultures influence over the dessert creating various versions of the baklava sweet. 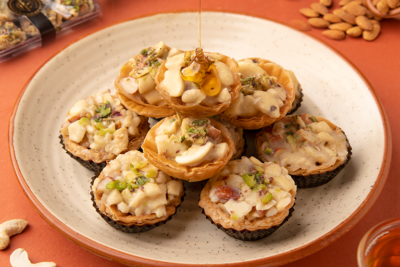 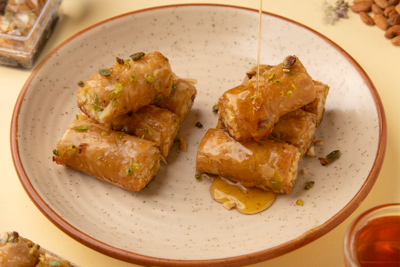 The influence of different cultures on the Turkish sweets baklava can be seen through various recipes, as the dessert traveled through countries.

With its diverse origins, the Turkish baklava has evolved with the change in cultures and people making it developing and adapting to new tastes and spices. The regions of the Middle East have quite a rich cultural heritage, and the world has inherited that in its cuisine.

You can find diverse baklava sweets and the recipe differs from person to person as the region changes. As the Turks and Greeks claim the dessert to be theirs, there are some other countries that present quite a rare form of baklava sweet that is absolutely delicious.

In the land of the Greeks, the Turkish sweets baklava came along with the merchants and seamen from the lands of Mesopotamia to Athens. The major influence of Greece over the traditional Turkish baklava was the dough.

The technique for kneading the dough made it easier to create leaf-like thin layers on the dessert.  In fact, the Greeks coined the name “Phyllo,” which means “leaf.” According to Greek tradition, baklava should have 33 layers, representing Christ’s life years.

From the Arabs, baklava was introduced to the rose and orange blossom water, while the Armenian influence included cinnamon and clove.

With Persian influence, the renowned diamond-shaped baklava came into existence, filled with nuts which are perfumed with jasmine. The baklava sweet was introduced in the 6th century during the time of the Byzantine court of Justinian I at Constantinople with sweetmeat.

Some Recipes of Mediterranean Turkish Sweets Baklava Around the World

Let’s explore the recipes of the top three baklava that are famous around the world. 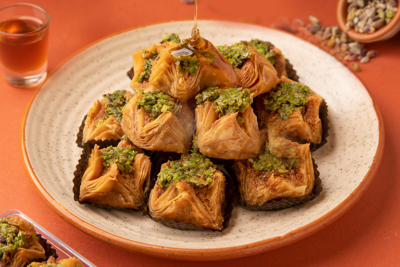 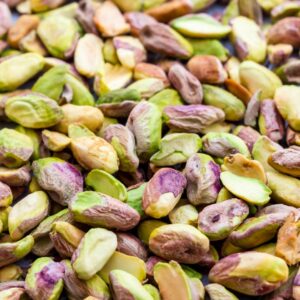 Pistachios are one of the most commonly used nuts in Baklava, and it is quite a popular and original type of the Baklava sweet. In the initial start the pistachio baklava was found in countries like Turkey, Syria made out of 40 thin phyllo sheets filled with ground pistachio.

Other countries that make their baklava with pistachios include Bulgaria, Afghanistan, and Cyprus.

The thing that makes baklava so special isn’t just the sweetness, but also the variety of pistachios used in it. For this dish, you want to use baby pistachios instead of the regular full-grown ones. That’s because baby pistachios are greener and have more flavor. 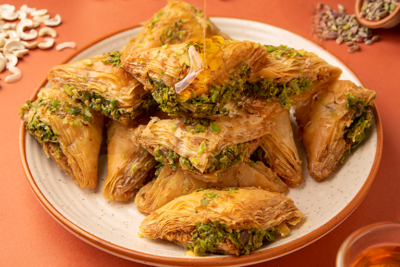 Another popular Turkish sweets baklava is the sobiyet baklava.

Sobiyet baklava is different than other types of baklava because it has a light, refreshing taste. The perfect combination of fresh cream and pistachio baklava gives Sobiyet baklava a fair amount of sweetness without being too intense.

The only downside to this type of baklava is its short shelf life – it should be consumed within a day. Warbat, the Arabic version of this baklava, is filled with custard in the middle.

The recipe for this baklava –

For this, you need a baklava syrup recipe-

For the baklava syrup recipe, just heat up a medium sized saucepan and add all the ingredients for the syrup and cook to boiling. Cool it down to room temperature before using. The syrup should not be too thin or thick .

The making process of the Sobiyet Baklava

Another type of baklava from Turkey is the Kuru Baklava, or in a simpler way, the Dry Baklava..

The conventional Turkish sweets baklava do not get spoiled so easily and stay fresh, but after 3-4 days, the sugar in the baklava sweets starts crystallizing and it starts to taste not so fresh.

Dry baklava is soaked in a small amount of syrup, but it’s denser than the syrup in other types. This extends its shelf life, allowing you to enjoy this sweet treat for up to 30 days without it going bad or crystallizing.

If you’re planning to take a box of baklava home as a gift or even order baklawa online for someone special, then dry baklava should be your choice. All you need to do is keep it at room temperature, and the sweet treat will last for about a month!

Ingredients for the Dry Baklava-

For the Baklava syrup recipe you need-

Start with preparing the syrup first. In a saucepan, on medium heat boil all the ingredients for the syrup until the sugar dissolves and creates a thick syrup. Simmer for 20 minutes.

For the Turkish sweets baklava, the method goes-

Baklava you can find at Dunkel braun

While creating the Dunkel braun Baklavas, we thought, why waste time choosing between the worlds of Greek and Turkish sweets Baklavas when we could create a new nation of Baklavas altogether? After all, Dunkel braun is nothing but a nation of food lovers.

Find the best handcrafted box of baklava here at Dunkel braun, one of the largest cafes in Kolkata, created entirely of vegan ingredients so that all of your vegan friends can enjoy it. Order baklawa online form our store and find the authentic taste of this exotic dessert in a delicious twist possible.

From the house of Dunkel braun you can get your box of baklava, the Pyramid Baklava with Pistachio is the one that is perfect for your taste buds and if you want to try something different from the traditional pistachio baklava.

Or you can even get the baklava box of Tart Baklava and the Roll Baklava from Dunkel braun both loaded with chopped cashews, almonds, pistachios and honey. 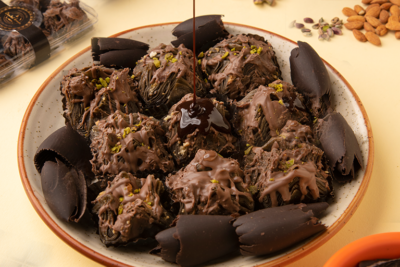 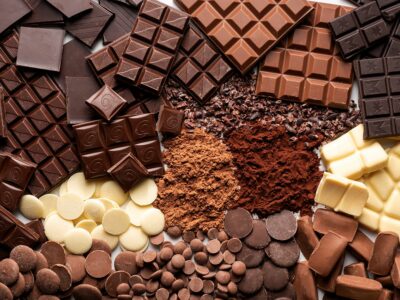 It’s also interesting to note that you can get the Sobiyet Baklava from Dunkel braun and this Baklava is a deliciously nutty, flaky, and honey-sweetened pastry. It will take your taste senses on a trip throughout the world.

While your typical desserts cannot give you a healthy feel, the Turkish sweets baklava is wholesome goodness balanced with crispy nuts and filo dough. The Turkish Baklava filled with nuts is a great source of protein, fats, and healthy carbs.

Why is it so special? Despite its origin in Greece or Turkey, the recipe became a part of Indian customs. At DB you get to relish this flaky, nutty taste, and with a tinge of honey.

Rolled baklava is a Greek baklava that combines the taste of walnuts, honey, and filo pastry. If you are into making sweet treats, bakl...

END_OF_DOCUMENT_TOKEN_TO_BE_REPLACED

Box of Baklava I Baklawa is Baklava ^ Baklava Is Not Baklawa

However, the way you want to say it be it Baklawa or Baklava is delicious in all ways. From the house of Dunkel braun get your box of b...

END_OF_DOCUMENT_TOKEN_TO_BE_REPLACED

Sweets have been a great part of the lifestyle of the people of this city. The city of joy and its obsession with food has always been ...

END_OF_DOCUMENT_TOKEN_TO_BE_REPLACED

About Baklava from Turkey – 7 Proven Facts You Didn’t Know

By now with all the buzz we made about Baklava from turkey you probably are a genius about this dessert. As you know it is a sweet dess...

END_OF_DOCUMENT_TOKEN_TO_BE_REPLACED

Baklava Box – A Perfect Gift Box for this Eid-al-Fitr

Eid is coming up, and we all know that nothing beats the rich taste of baklava—especially when it's from the House of Dunkel braun pack...